We are Evert Jan and Nancy Greven and we have three children. Only the youngest son is still living in the house.
We started our cattery in 2003 after the death of our two European Shorthairs. They were 19 and 20 years old when they died shortly after each other and it was an emptiness in our house.
After  a lot of searching and investigation which cat rase should fit us and we have decided that this should be the BRITISH SHORTHAIR.
We started with the well known British Shorthair Blue. A female cat named Maxime. After a little while we could welcome the British Shorthair Black-silver tabby blotched male cat. He was named Oliver Silverado.

After a little while we present the both cats in a cat show because we wanted to know how the judges were judging our cats.
Our male cat Oliver Silverado was presented and he was directly ” Best in Show”  of all British Shorthair kittens within the class 6-10 months. An addiction was born.

When our female blue cat was a little older then 1 year we had the wish to have a litter. Therefore a cattery should be started and a name of the cattery should be found.
After several attempts the name would be “Evjana Anjero”.

Our cattery name was named from the first two letters of all our names as known
Evert Jan, Nancy en Anouk, Jens, Roel. —————-> So “EVJANA ANJERO“.

After all the years we stared our cattery we had a lot of litters and the amount of cats is grown from two at the beginning till now three male and nine female cats.
In the Menu of the male and female cats you can see which cats are in our cattery at the moment.

Every year a several females may have a litter and most of the time we can use our male cats for the breeding. Sometimes we have to use another male cat from another cattery and they were picked up with a lot of care. This will be done with a goal to improve the British Shorthair race.
After a while also we fell in love with the British Longhair. In the meanwhile we have one female British Longhair and probably more to go. If a litter is born with the British Longhair this will be done under another cattery named “Next Page“. This is the longhair side of our cattery Evjana Anjero and all is with the same conditions and care as the cattery Evjana Anjero.
More info you will find in the main menu at an own tab named NEXT PAGE.

The whole family stands for female and male cats and litters and everybody is pleased to take care of them. Also the children are loving to visit a show and they are helping a lot. Sometimes they are also a steward to help the organising cat association.

All our cats will be tested on the hereditary diseases HCM and PKD and they are all tested on blood type and FELV and FIV. Sometimes it is necessary the determine other factors like colour or longhair. The HCM will be done every year for our males with an echograph. Also we let the male and females be tested by DNA sampling to determine some metabolic discases or other marks such as bloodtype and Longhair factor. We will be prepared for everything.

If you decide to buy a kitten from our catteries or want to see how we take care of all the cats we are very pleased to invite you to see the catteries. We are willing to let you see everything when you visit us.

If you have questions about the kittens, health, sterilisation or other we try to give you an answer. If we don’t know the answer we will ask other breeders or our veterinarian and we will give you the answer at another moment.

A lot of fun and reading at our website. 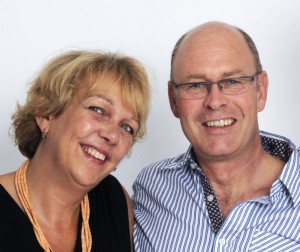